• It is found occasionally throughout Wales but mainly in the East and South West by streams and rivers and along roadsides.

• The plant is spread by seed transported by both wind and water.

Key Facts
• Giant hogweed is a highly invasive plant that can grow up to 5m tall with 1.5m wide leaves and 80cm flowering umbels.

Do not touch – sap causes blistering of the skin.

• Giant hogweed is listed under schedule 9 of the Wildlife and Countryside Act 1981. It is an offence to plant or cause this species to grow in the wild.

• The plant material is also classified as ‘controlled waste’ under the Environmental Protection Act 1990.

• Giant hogweed was introduced as an ornamental plant to the British Isles in the 19th century from South West Asia. 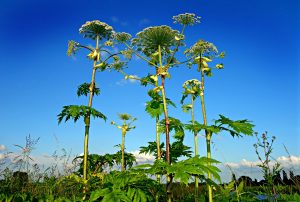 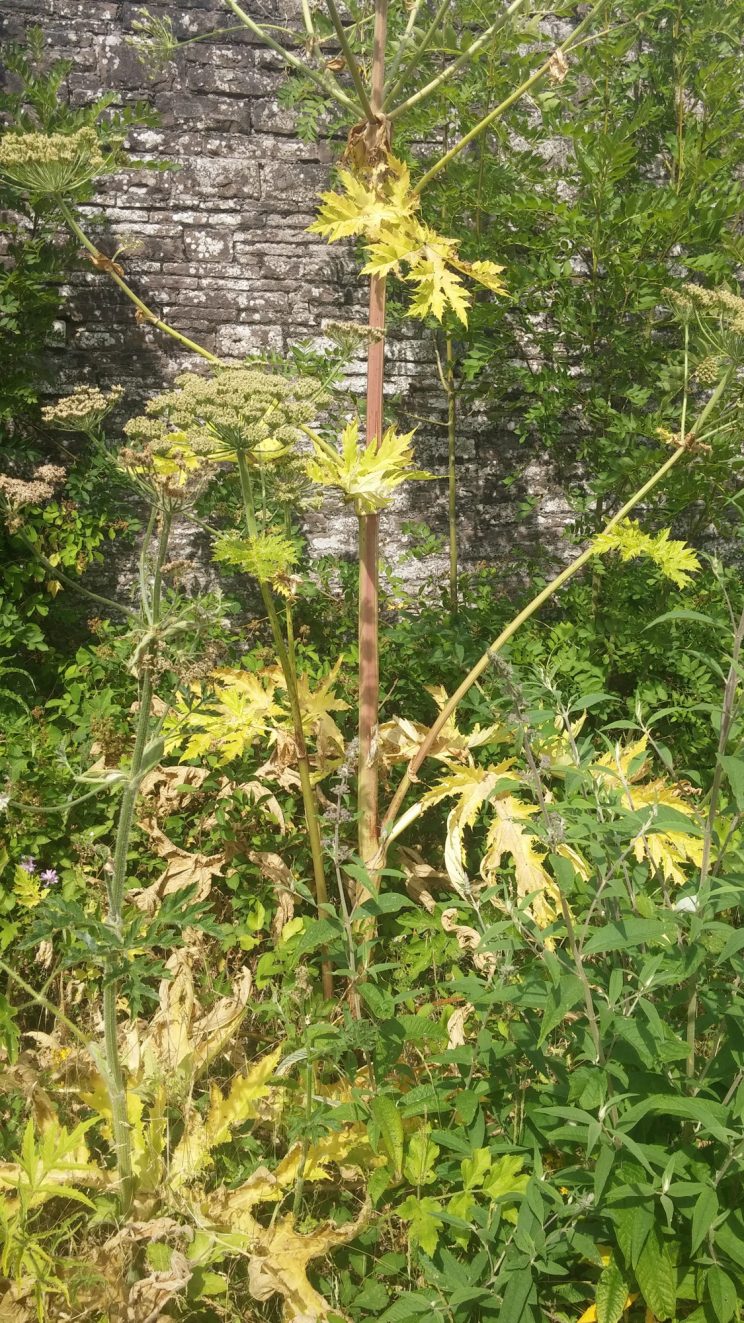 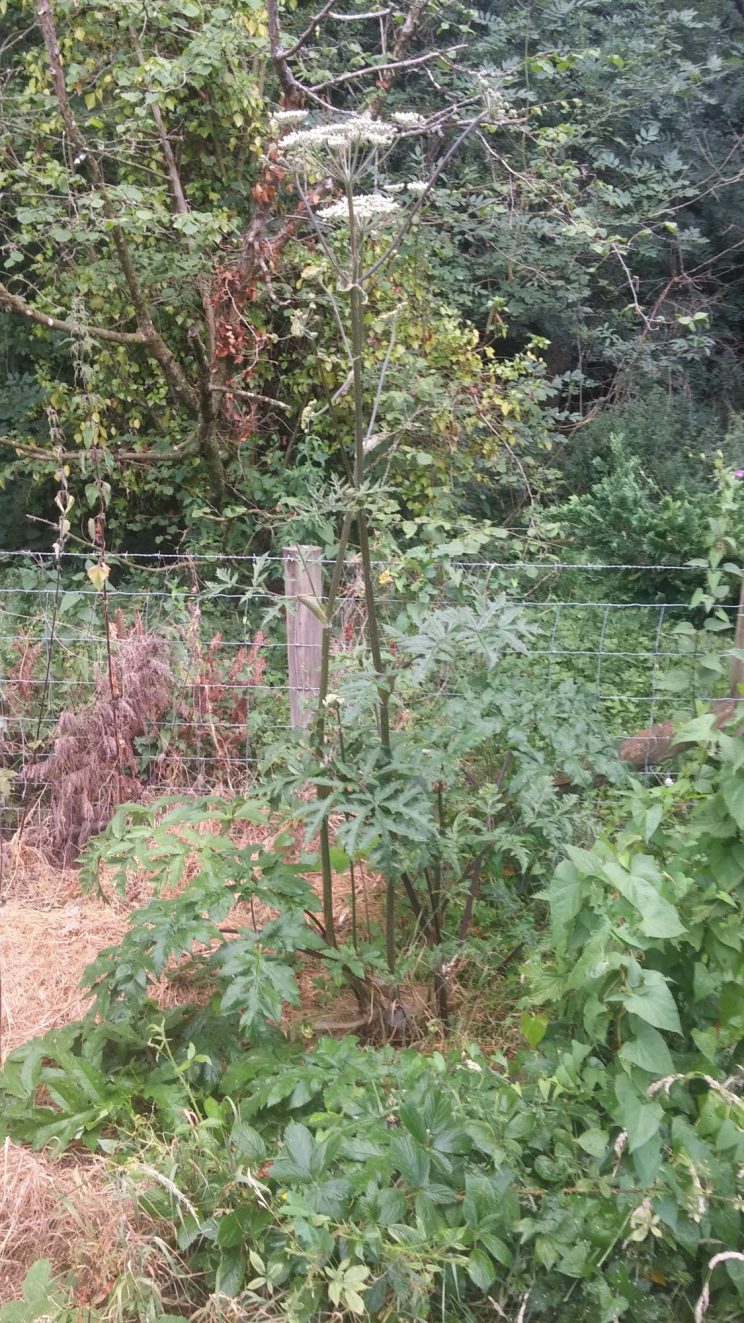