• It is listed under schedule 9 of the Wildlife and Countryside Act 1981 – it is an offence to plant or cause this species to grow in the wild.

• It was introduced as an ornamental plant in the early nineteenth century.

• It is found throughout Wales, and is most commonly found along waterways and in damp places.

• Mature seed pods explode when ripe, spreading seeds up to 7m from the parent plants. Seeds are also transported via water courses.

Description:
Himalayan balsam is an annual plant (it completes its lifecycle within one year), which grows to 2m tall with rough, reddish stems, shiny oval leaves about 15cm long with a red vein, and bright purple-pink flowers from June-September.

It produces seedpods which explode when ripe spreading the seeds up to 7m. It tends to form dense stands of plants that smother out other plants. 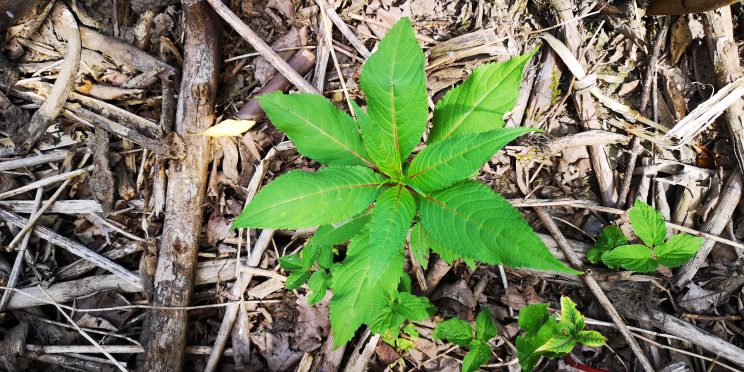 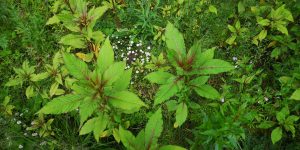 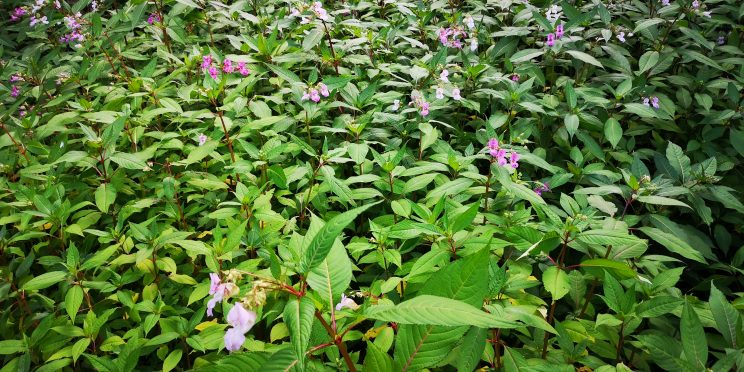 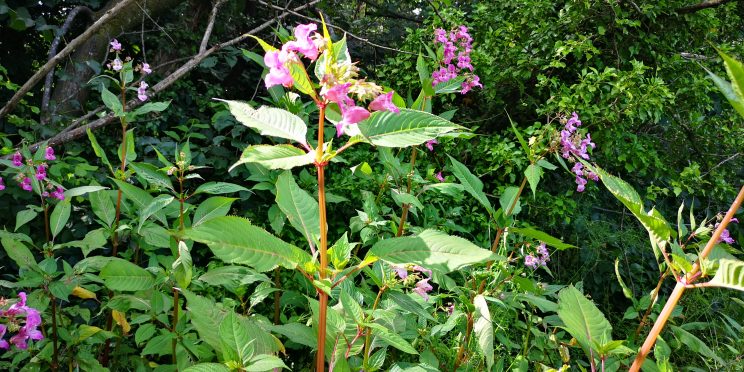 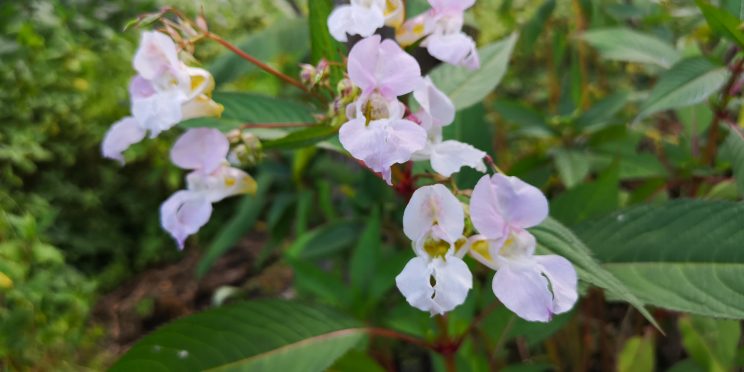 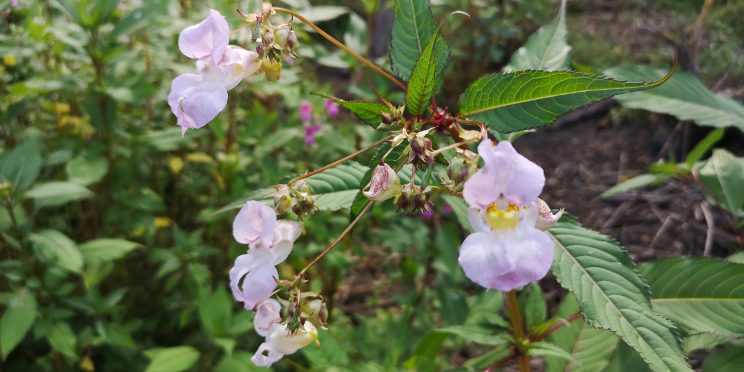 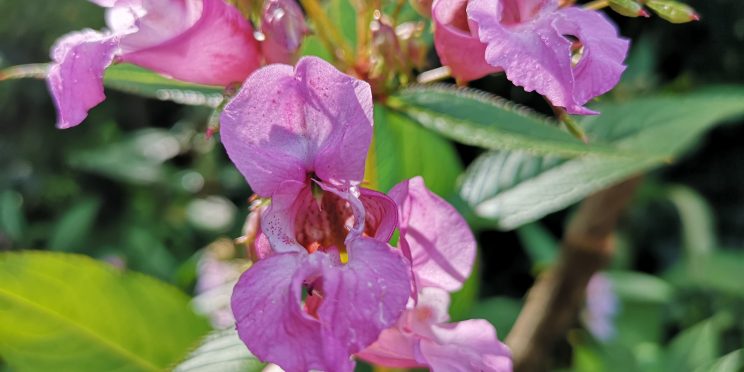 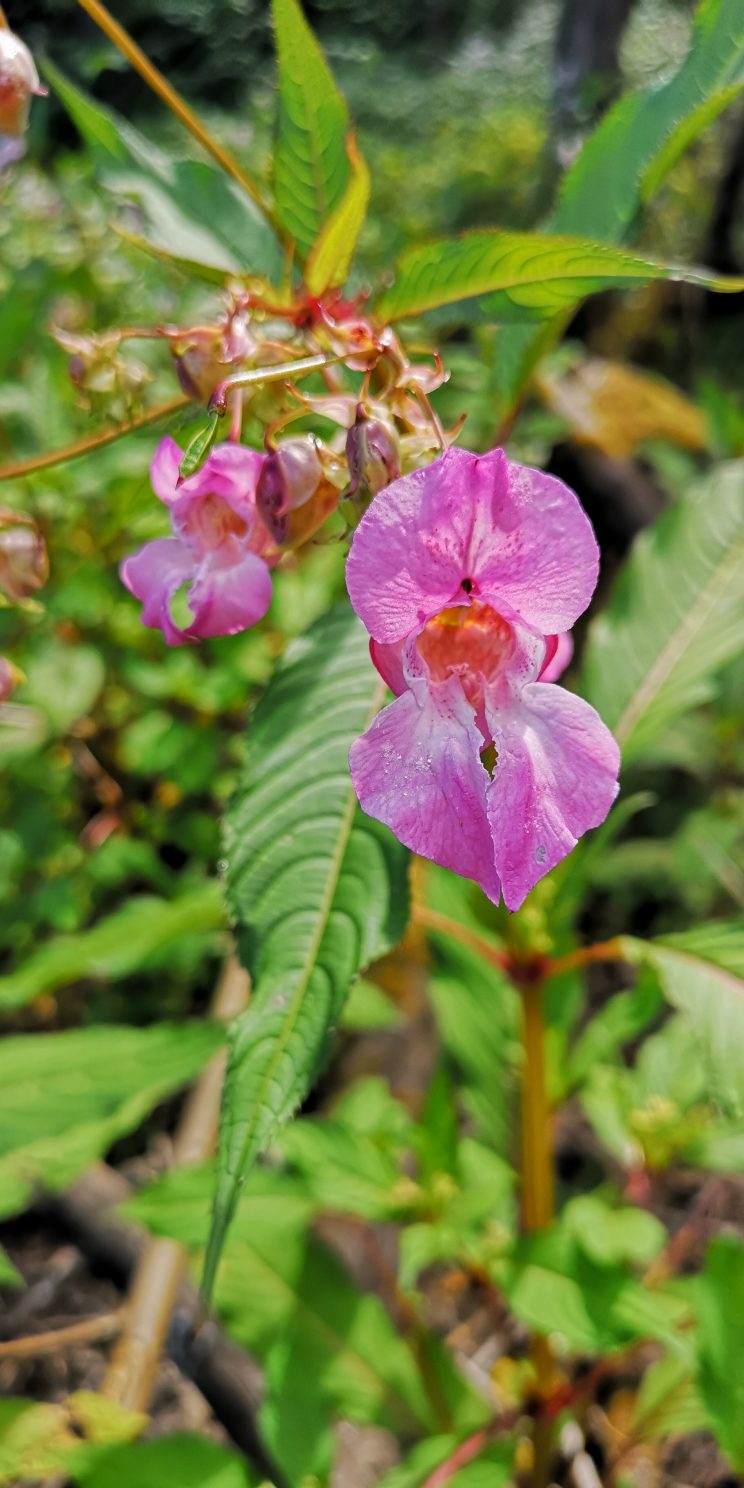 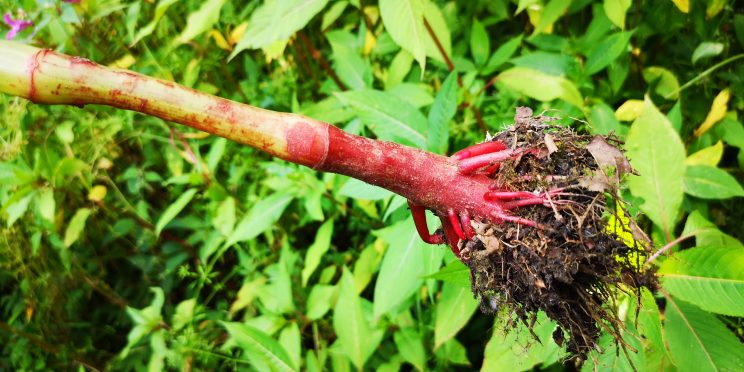