Key Facts:
• Japanese knotweed (Fallopia japonica) is an invasive plant that can cause damage to property, and is very difficult to control once established.
• It is listed under schedule 9 of the Wildlife and Countryside Act 1981 and it is an offence to plant or cause this species to grow in the wild.
• Plant material is a ‘controlled waste’ under the Environmental Protection Act 1990.
• It was introduced as an ornamental plant in the mid 19th century.

• Located throughout Wales, it is most commonly found on sites that are disturbed by human activity such as railway lines, rubbish tips, old allotments and derelict land: it is also found along river banks.
• Both roots and stems can grow through weaknesses in asphalt and concrete, damaging structures.
• Established plants spread into new areas through large underground creeping roots (rhizomes). Small fragments of root or stem can establish rapidly into new plants.

Description:
Japanese knotweed is a tall (2-3m) plant with bamboo like stems.

It has large, shield-shaped leaves and creamy white clusters of flowers from June to September. It often develops into dense thickets. It is a perennial plant so, although it dies back over winter, it regrows from the base in the spring. It doesn’t produce seed in the UK but spreads through rhizomes (underground stems) or parts of cut stems.

Public information on invasive species in Wales: Japanese knotweed
Lifecycle In March/April it produces red tinged fleshy shoots, which grow to 2-3m in height, before flowering between July to October. The leaves die back in winter and fall off leaving brown stems visible.

Here are some examples of what Japanese knotweed looks like at various times of the year. 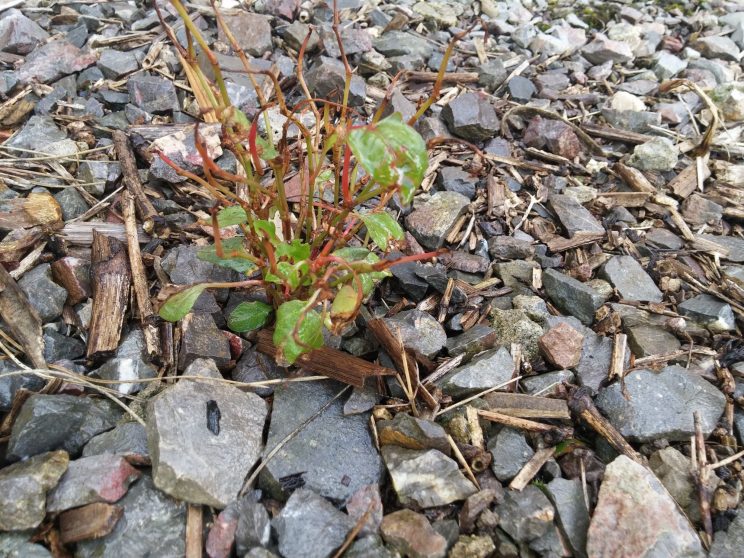 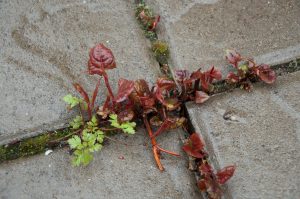 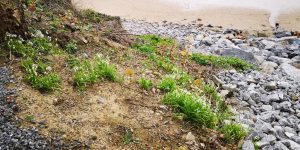 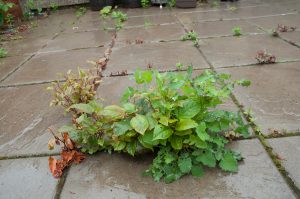 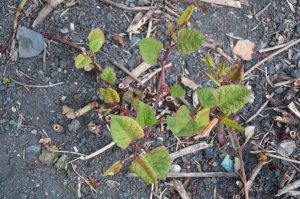 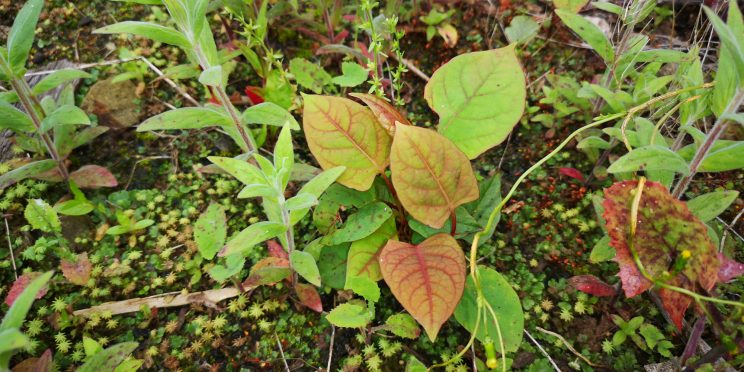 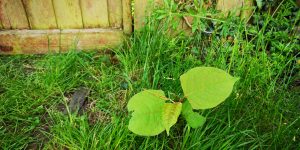 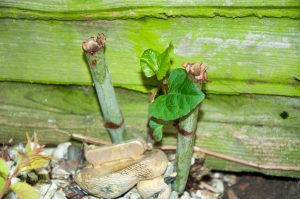 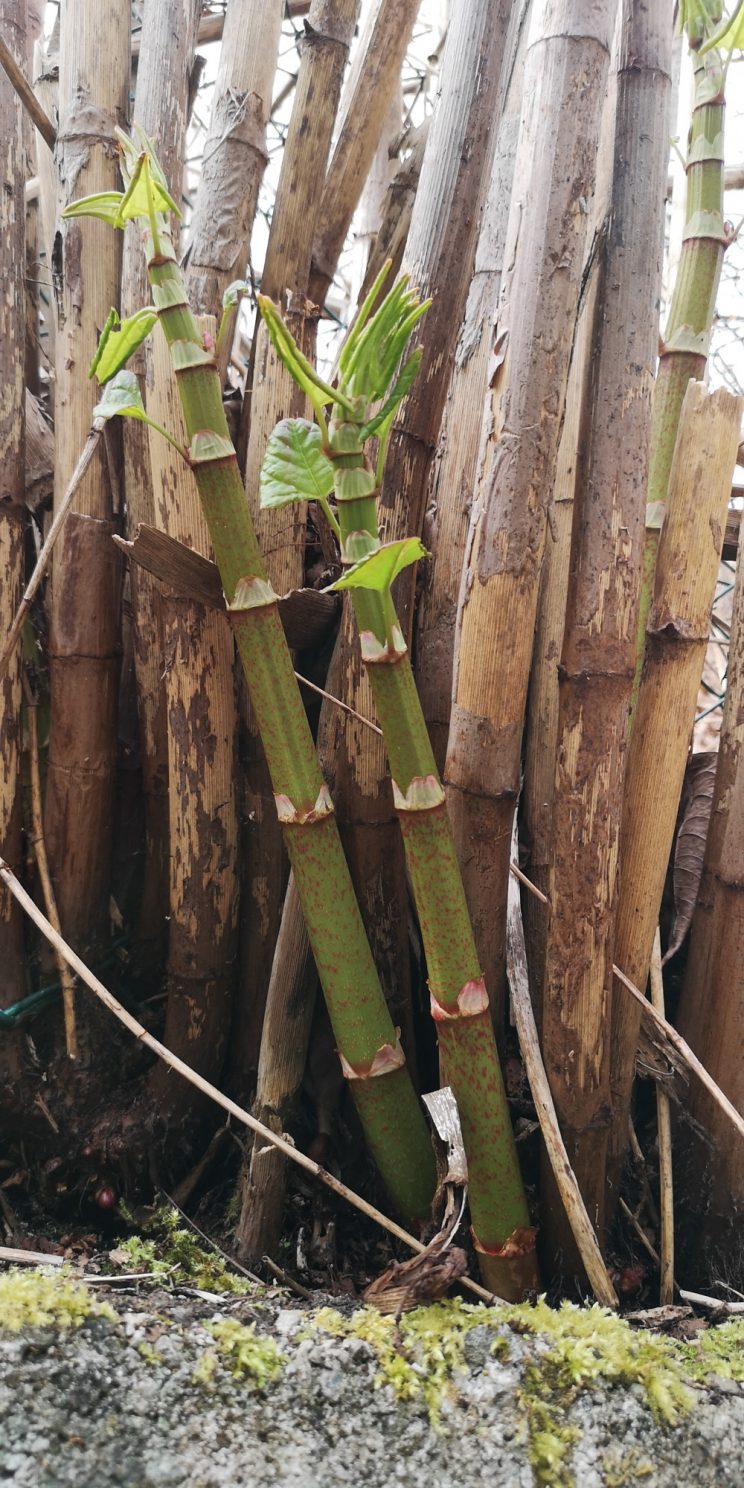 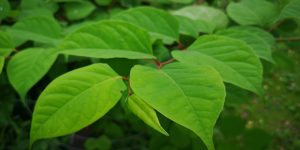 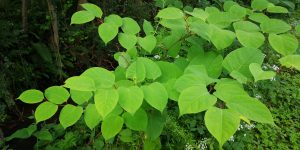 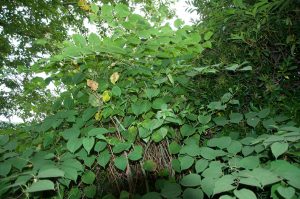 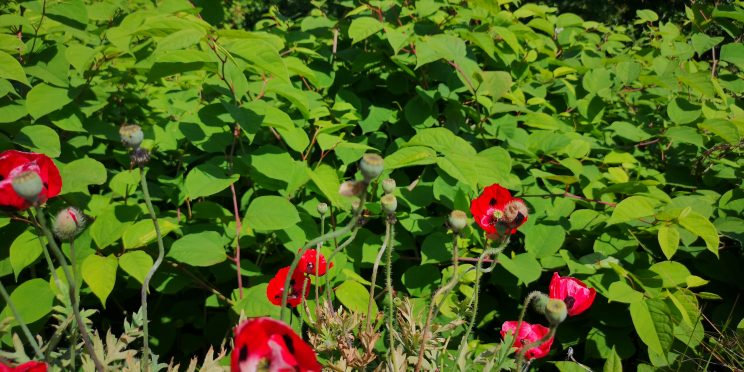 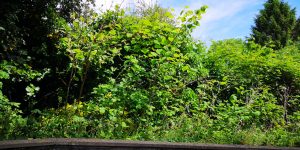 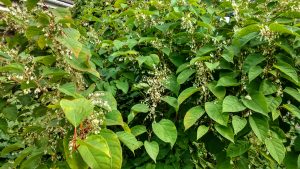 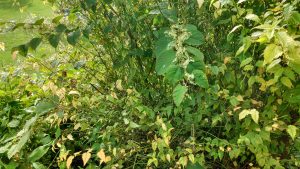 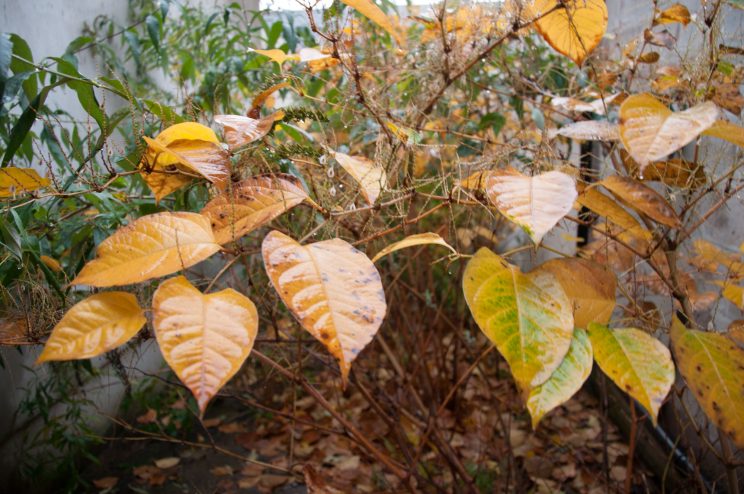 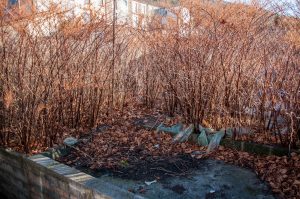 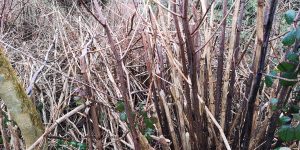 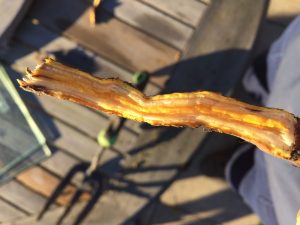