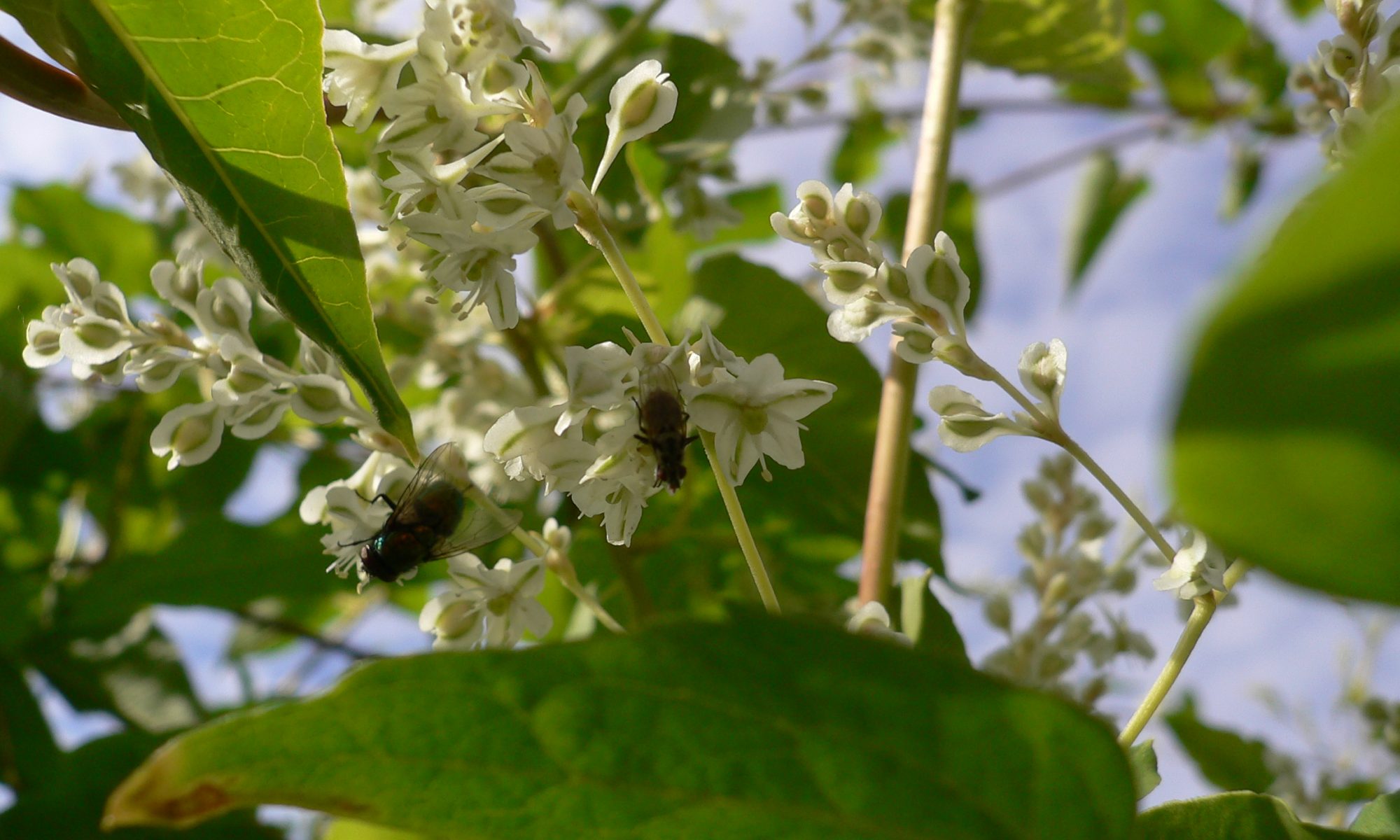 Key Facts:
Fallopia baldschuanica (syn. Polygonum baldschuanicum) is an Asian species of flowering plant in the knotweed family known by several common names, including Russian-vine,[5] Bukhara fleeceflower,[6] Chinese fleecevine, mile-a-minute and silver lace vine. It is native to Asia (China, Russia, Kazakhstan, etc.),[7] and it can be found growing wild in parts of Europe and North and Central America as an introduced species.[3][8][7]

Some authors split the species in two, regarding the Chinese populations as Fallopia aubertii and the Russian and central Asian species as F. baldschuanica.[7]

Fallopia baldschuanica is grown as an ornamental plant for its flower-laced vines, and it is a fast-growing plant that is grown widely as cover for unsightly fences and other garden structures. However, it has the capacity to become an invasive species by spreading beyond its intended limits. The white flowers are decorative and provide nectar and pollen for the honey bee.[3][7] 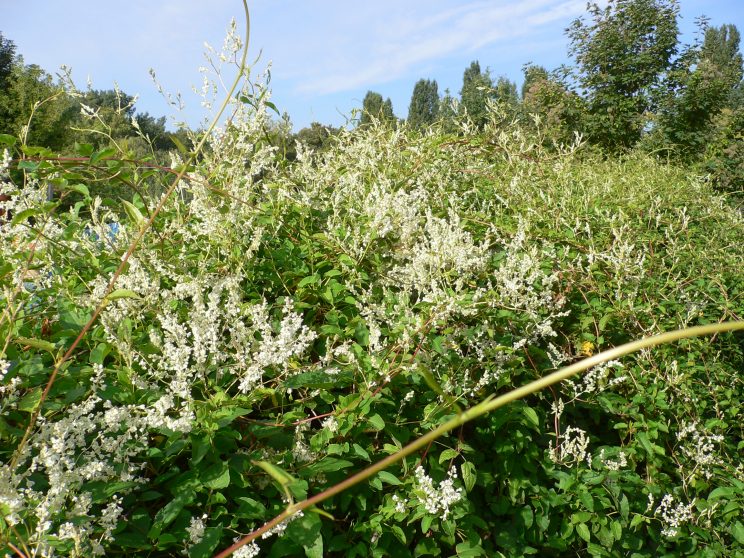 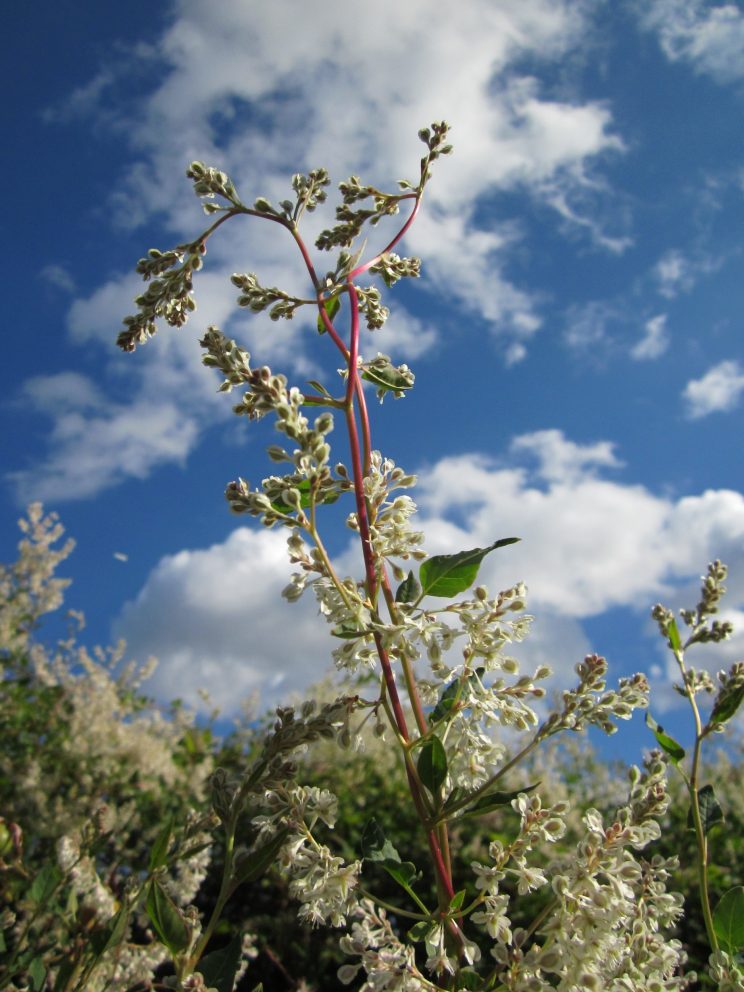 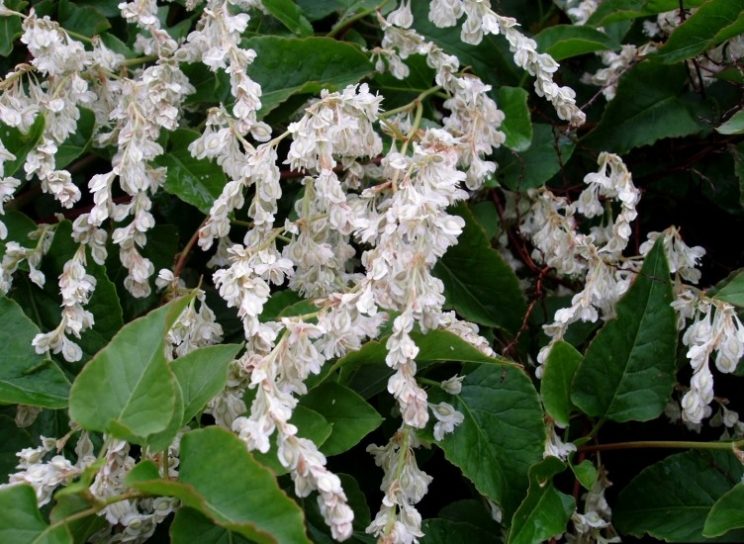 Description:
Fallopia baldschuanica is a vining plant with woody, climbing stems known to reach at least ten meters (about 33 feet) in length. The pointed oval or nearly triangular leaves are up to ten centimeters (4 inches) long and borne on petioles. The inflorescence is an open array of narrow, branching, drooping or spreading clusters of white flowers, each cluster reaching a maximum of 15 centimeters (6 inches) long. Flowers hang on short pedicels. Each five-lobed flower is just under a centimeter long and white to greenish or pale pink, sometimes turning bright pink as the fruit develops. The fruit is a shiny black achene about 2 millimeters wide.[3]